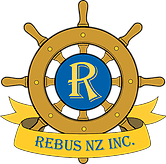 Our club meeting on Tuesday 7th May 2019 celebrated the Club’s 20th Anniversary.

The President Don Noble presented the 10 Foundation Members who are still participating members with Certificates.

A 20th Anniversary luncheon was enjoyed by members on 23rd May at The Plateau, Parkwood.